2020 National Day Reception to celebrate the Birthday of His Majesty the Emperor Naruhito (February 13, 2020) 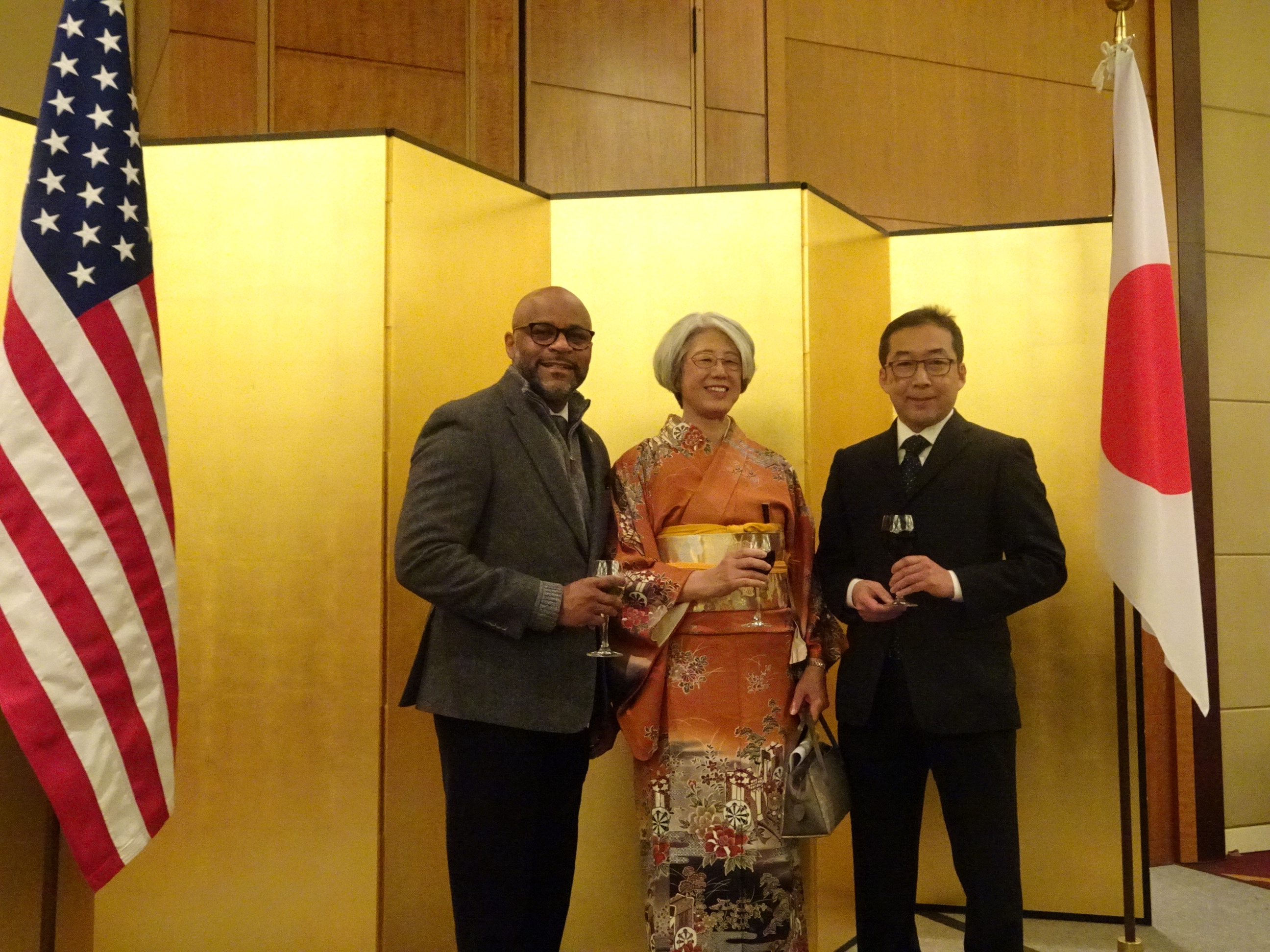 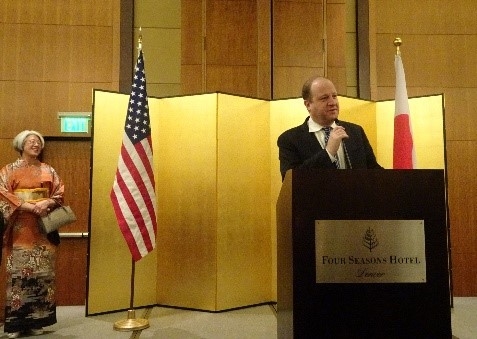 On Thursday, February 13th, Consul-General TAKEUCHI Midori hosted a reception (National Day Reception) in celebration of the birthday of His Majesty the Emperor of Japan at a hotel in Denver. 335 guests attended the event including dignitaries, political and business affiliates, and Japanese company representatives.

Ceremonies began with the U.S. and Japanese national anthems, followed by opening remarks by Consul-General Takeuchi. Denver Mayor Michael Hancock delivered messages to celebrate the occasion of the birthday of the Emperor of Japan, and to commemorate strong relations between Denver and Japan. Mr. YODA Nobuhisa, President of the Japan America Society of Colorado, concluded with a toast for wishes to further promote the friendship between our two countries. Colorado Governor Jared Polis also delivered his congratulatory remarks for the birthday of the Emperor of Japan and good and friendly relations between Colorado and Japan.

The Consulate had a PR booth to promote Japanese culture, showing the video of the enthronement ceremony of the Emperor Naruhito, introducing the 2020 Tokyo Olympic and Paralympic Games and the 60th anniversary of sister city relations between Takayama and Denver, and offering tasting samples of Japanese sake and shochu. Several Japanese companies in Colorado also cooperated greatly with booths to display their products, technology and services, as the reception provided a prime opportunity to demonstrate the attractiveness of Japanese brands.