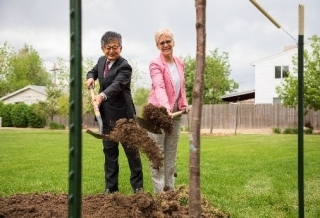 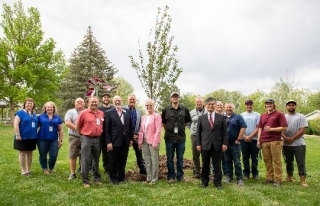 Before the ceremony, Consul-General MIKAMI and Mayor McNally had a talk to exchange views on various relations between Japan and Westminster.