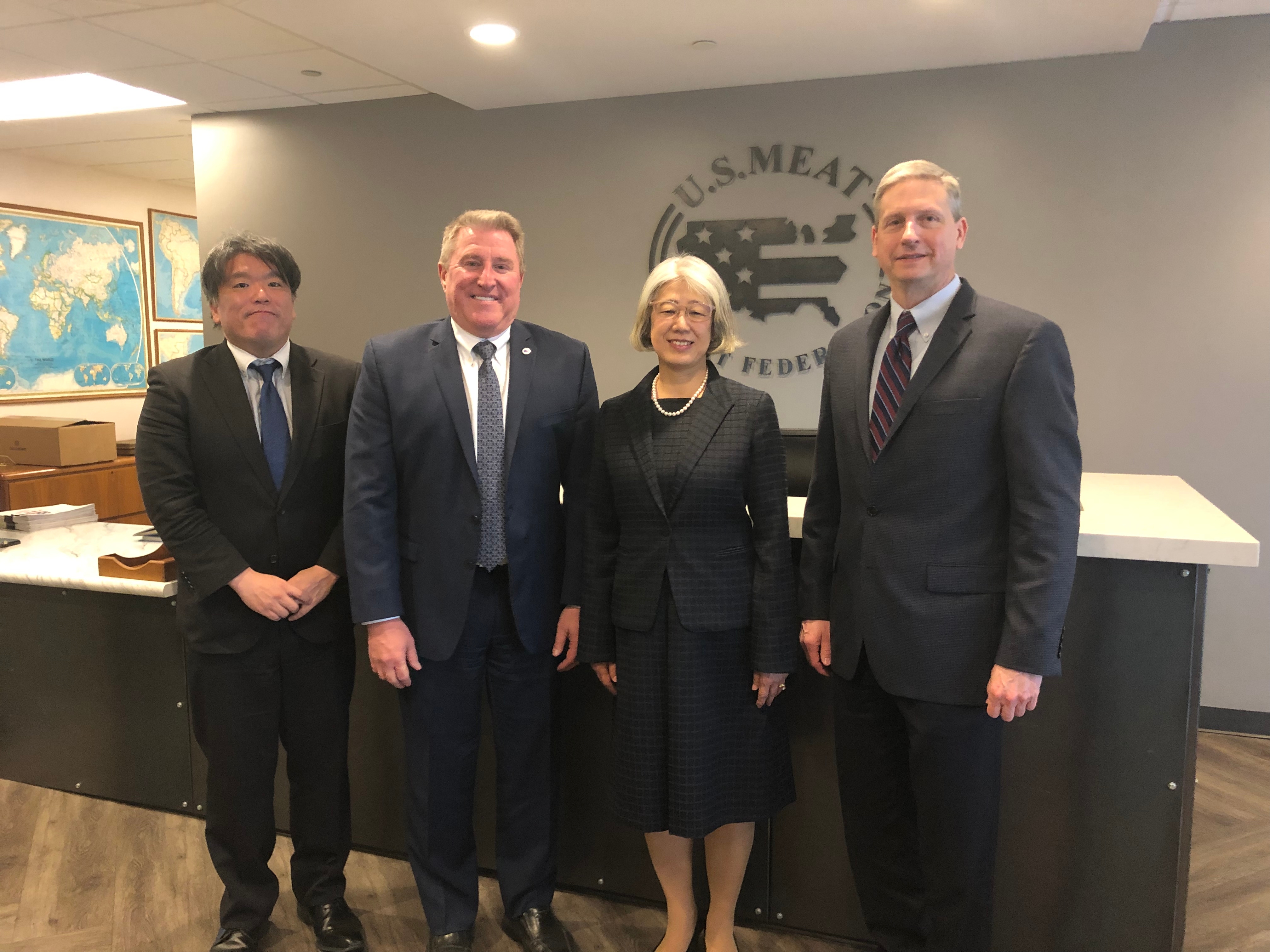 Consul-General Takeuchi was debriefed by CEO Halstrom on USMEF activities. CEO Halstrom stated that Japan is the most important market for US beef and pork and USMEF would like to strengthen business ties with Japan. In response to his remarks, Consul-General Takeuchi expressed her intention to give her best efforts towards strengthening economic relations between Japan and United States.