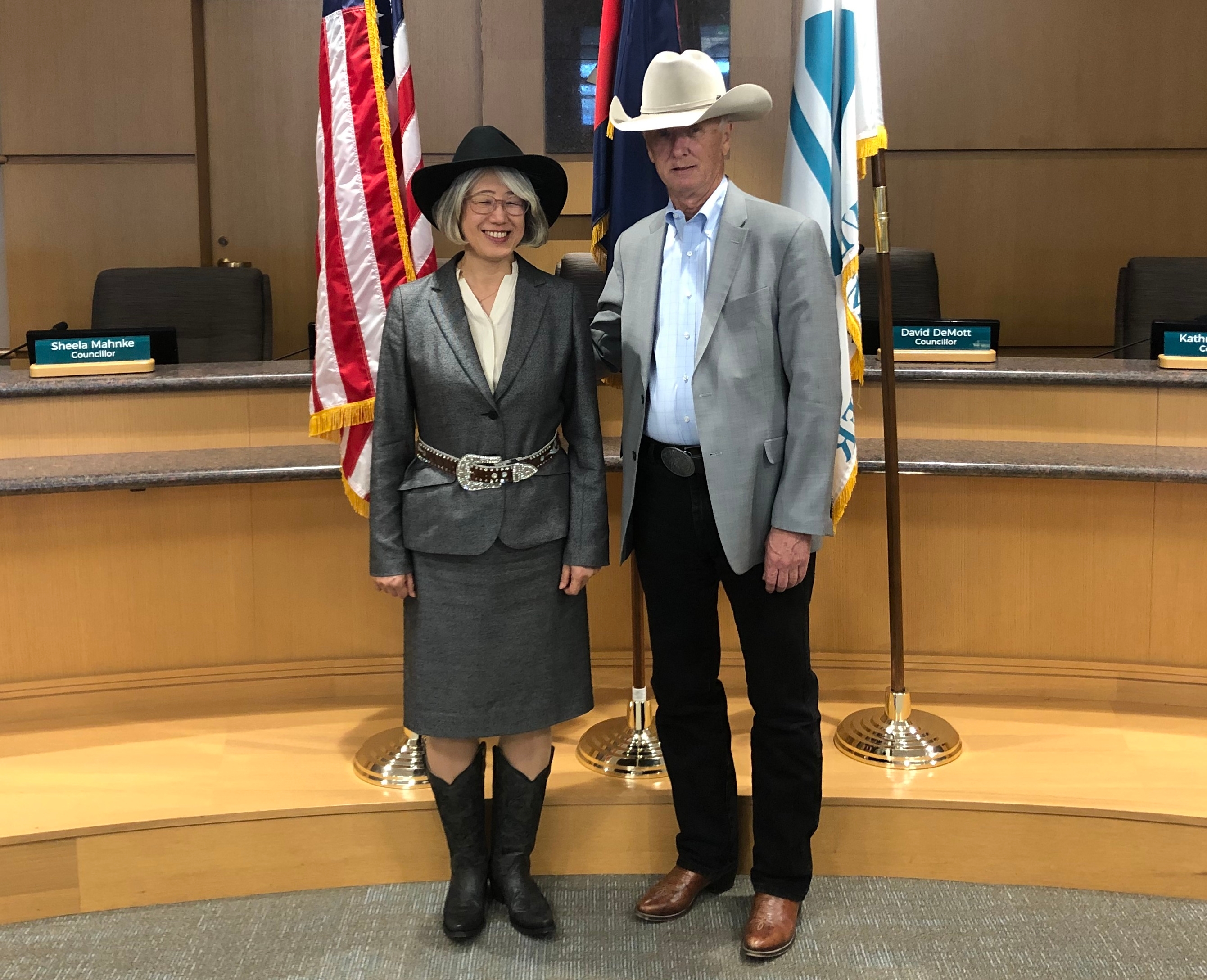 Mayor Atchison welcomed Consul-General Takeuchi’s arrival in Denver and explained the city’s efforts on economic development and other issues.

Consul-General Takeuchi expressed her intention to give her best efforts towards strengthening relations between Japan and Westminster to promote economic and cultural exchanges between them.