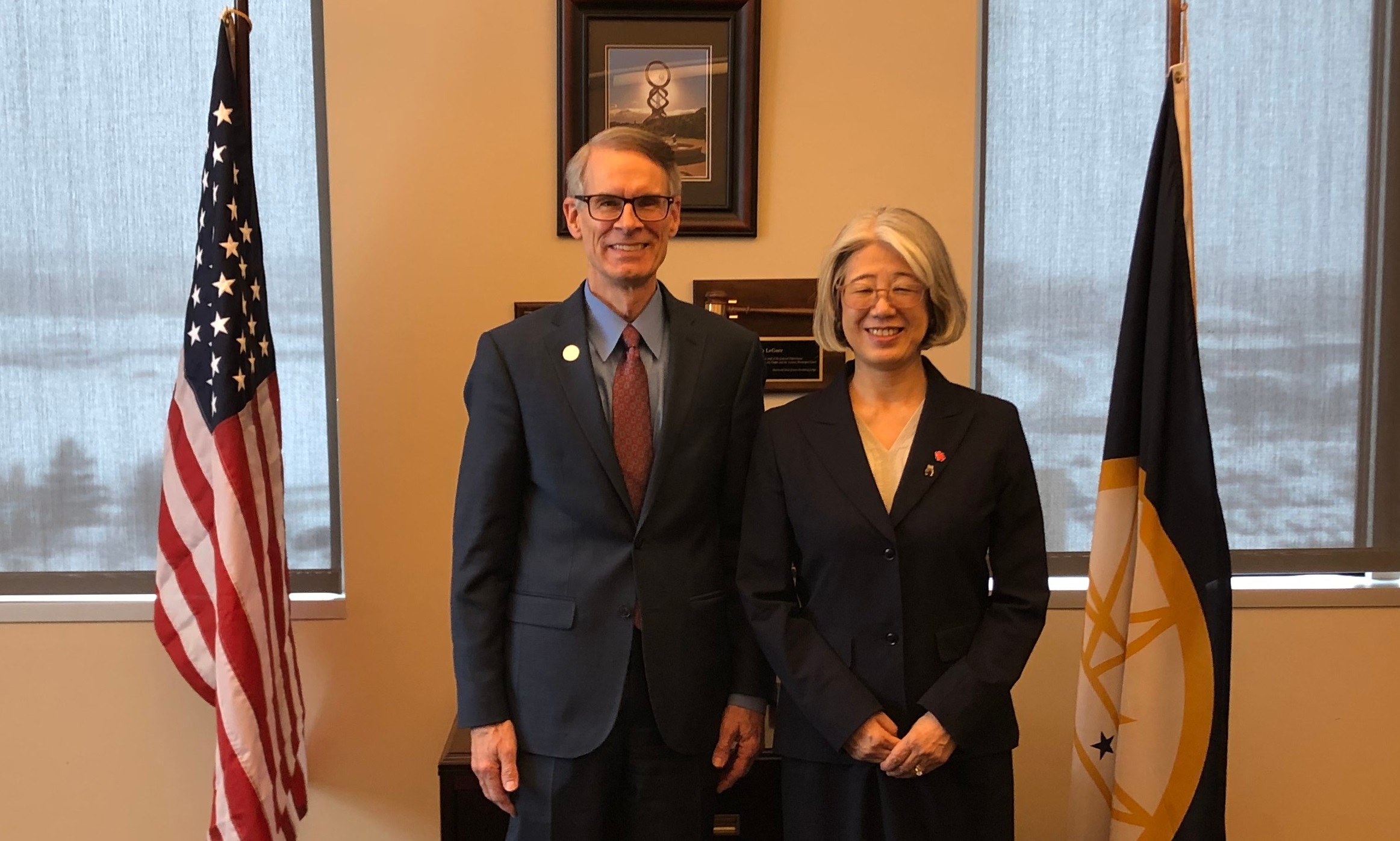 Consul-General Takeuchi expressed her gratitude to Mayor LeGare for all his best efforts to promote friendship and goodwill between Japan and Aurora, including assisting to host a public event for the “Walk in U.S., Talk on Japan” delegation led by Ambassador Shotaro Oshima, a former Ambassador to South Korea, in October 2018, and exchanged views on various relations between Japan and Aurora including sister city, cultural and economic exchange.

Mayor LeGare welcomed her arrival in Denver and expressed his intention to cooperate and work together with her toward further strengthening relations between Japan and Aurora in the future through establishing a city relationship and cultural exchange events.