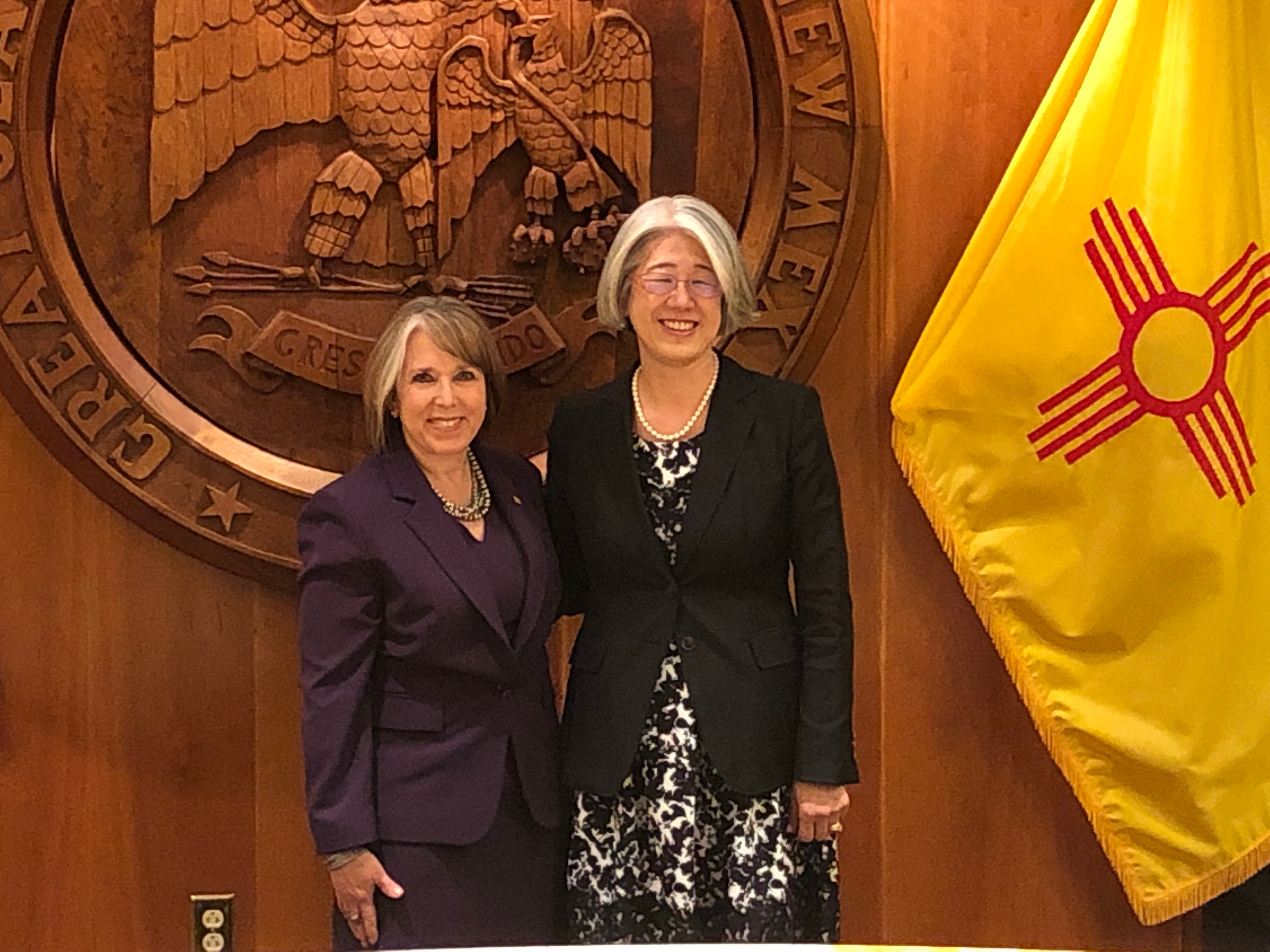 Consul-General Takeuchi expressed her congratulation to Governor Lujan-Grisham for her success in the 2018 gubernatorial election, and exchanged views on various relations between Japan and New Mexico including economic, human and cultural exchange to further develop a good relationship between them.

Governor Lujan-Grisham welcomed her arrival in Denver, appreciated the local economy and employment contributed by Japanese companies in New Mexico and expressed her intention to further strengthen relations between Japan and New Mexico through promoting economic exchanges including energy and tourism and cultural exchanges.