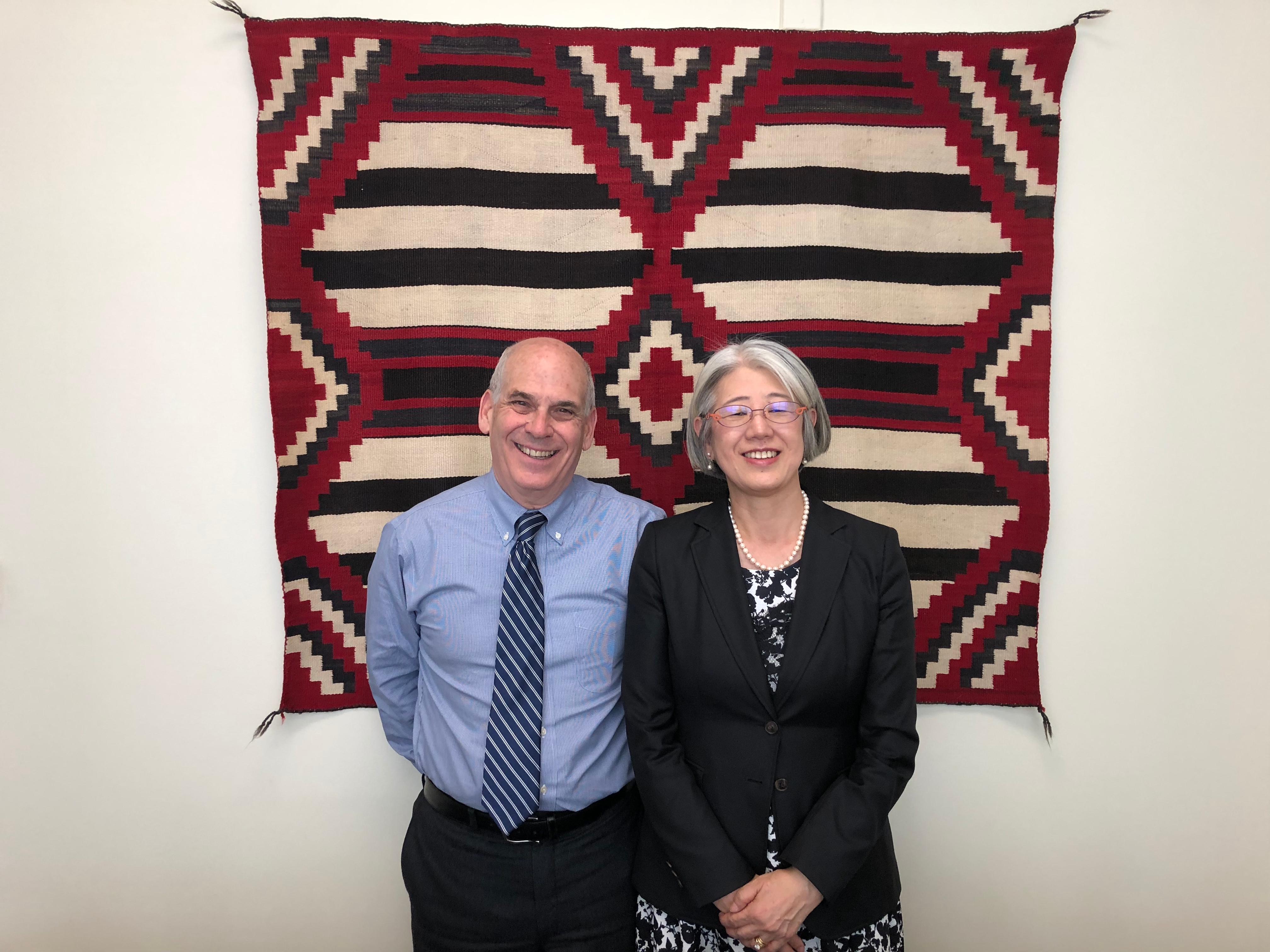 Consul-General Takeuchi honored that Santa Fe, New Mexico and Tsuyama, Okayama marks their 20th anniversary as sister cities in this year, and expressed her intention to give her best efforts towards strengthening relations between Japan and Santa Fe to promote economic, human and cultural exchanges between them.

Mayor Webber welcomed her arrival in Denver and express his appreciation of the 20th anniversary of the sister city relationship with Tusyama. Mayor Webber expressed his intention to cooperate and work together with Consul-General Takeuchi toward further strengthening relations between Japan and Santa Fe in the future through promoting economic exchange including tourism, sister city and human exchanges.