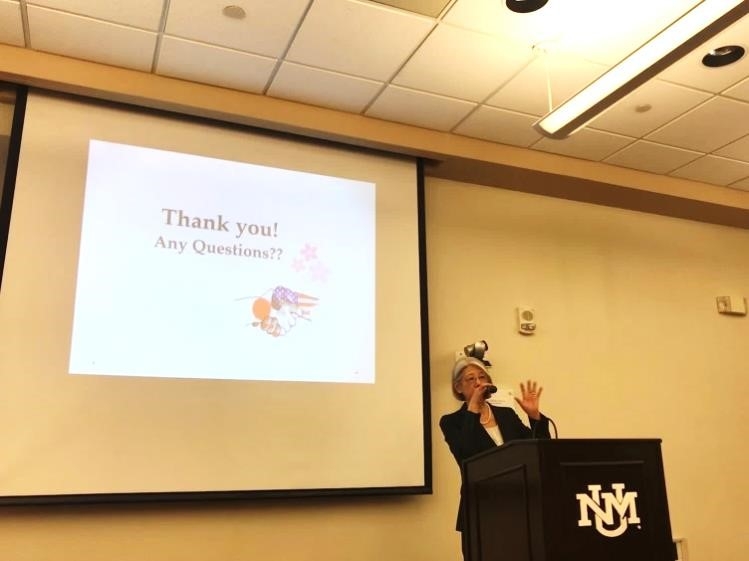 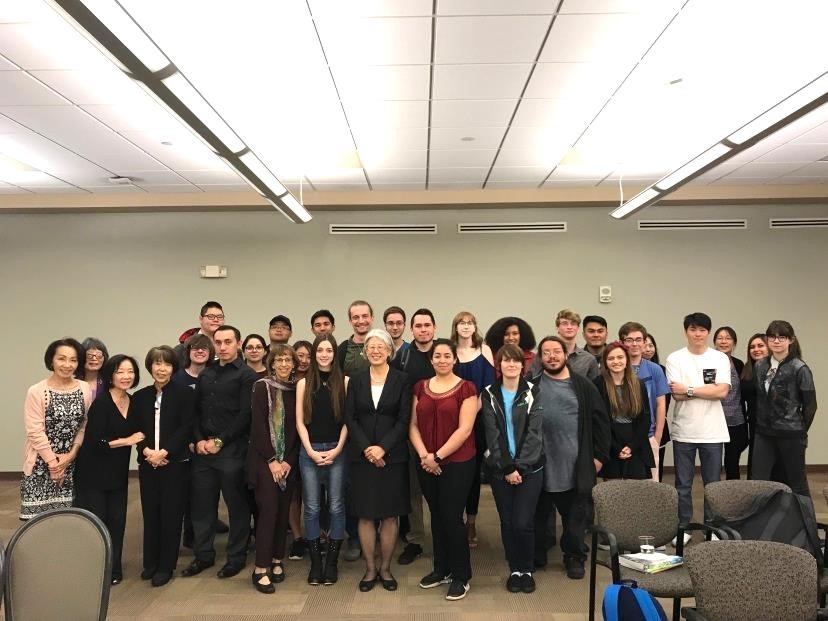 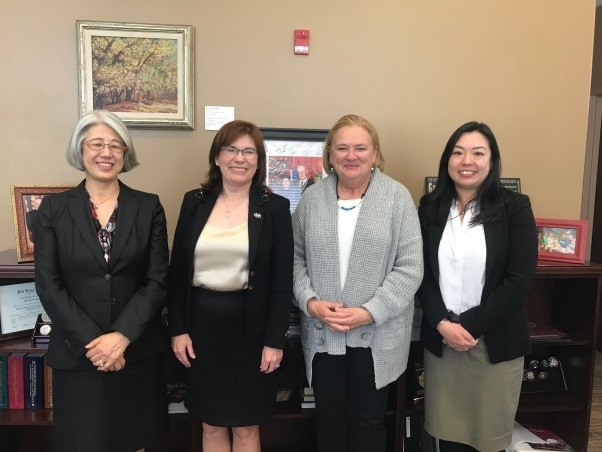 On Friday, April 19th, Consul-General Takeuchi visited the University of New Mexico to give a lecture entitled “Japan-US Relations: Past, Present, and Future From the Viewpoint of a Female Diplomat”.  The Consul-General talked for about 50 minutes on aspects of Japan-US relations including politics, economy, and security issues, as well as current affairs and events in Japan such as the Emperor succession and beginning of a new imperial era, an upcoming meeting of G20 countries, the Rugby World Cup, and recent economic policies including Abenomics and Womenomics. Following the lecture, attendees asked many questions, highlighting a newly heightened interest in Japan.

Prior to the lecture, on Thursday, April 18th, she paid a courtesy visit to the President of the University, Dr. Garnett Stokes, joined by Ms. Elizabeth Kuttilla, the CEO of STC.UNM which is an incubator organization affiliated with the University, and discussed how to strengthen relations with Japan and Japanese universities in the future. Ms. Eri Hoshi, a Japanese staff member of STC.UNM, also attended the meeting.