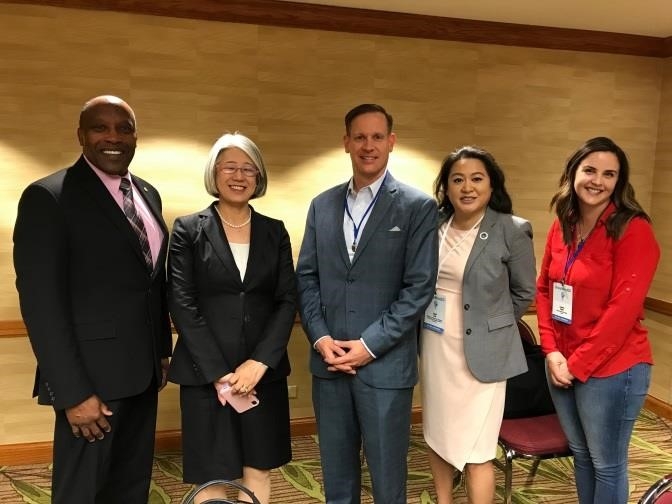 Consul-General Takeuchi delivered remarks in a panel discussion titled, “Pioneering the Pipeline for Public Service”, conveying recent developments in the work environment for female diplomats in Japan based on her own experiences, and developments in the Japanese government’s efforts to expand human resources in Japan.  She emphasized with other panelists the development of a society which uses diverse human resources to allow the most people to play an active role as global leaders in various fields.

Also serving as panelists along with the Consul General were: Mr. Stewart Devine, Diplomat in Residence for U.S. Department of State; Ms. Janet Tran, Director of Learning and Leadership for the Ronald Reagan Presidential Foundation and Institute; Mr. Darren Reed, Vice President of T. Rowe Price Associates in Colorado Springs; and Ms. Lokana Reed, Lead Executive Recruiter for Target Corporation, providing for an active discussion during the session.