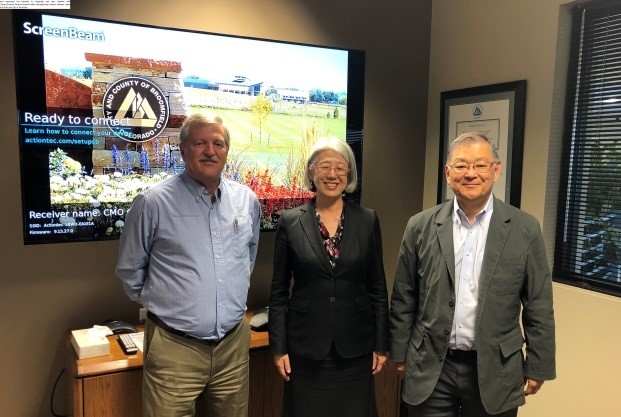 On Thursday, June 13, 2019, Consul-General Midori Takeuchi paid a courtesy visit to Mayor Randy Ahrens of the City and County of Broomfield.

Consul-General Takeuchi appreciated that a long-time sister city relationship between Broomfield and Ueda, Nagano Prefecture, is the foundation of an established friendship and goodwill between the two cities, and expressed her intention to give her best efforts working together with Mayor Ahrens towards strengthening relations between Japan and Broomfield by promoting human, cultural and economic exchanges.

Mayor Ahrens welcomed her arrival in Denver and expressed his intention to cooperate and work together with Consul-General Takeuchi toward further strengthening relations between Japan and Broomfield in the future.