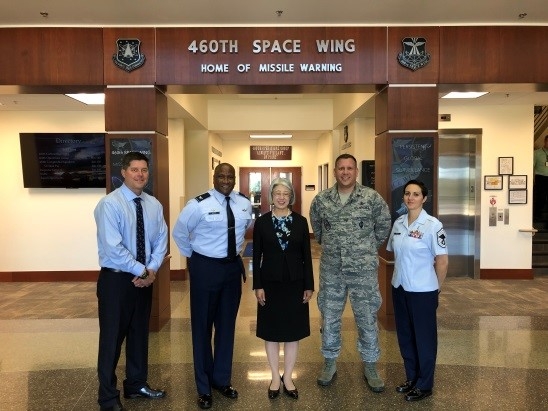 Consul-General Takeuchi extended her appreciation for his cooperation to exchange events organized by the Consul-General of Japan in Denver, and exchanged views with him on Japan-US relations including defense.