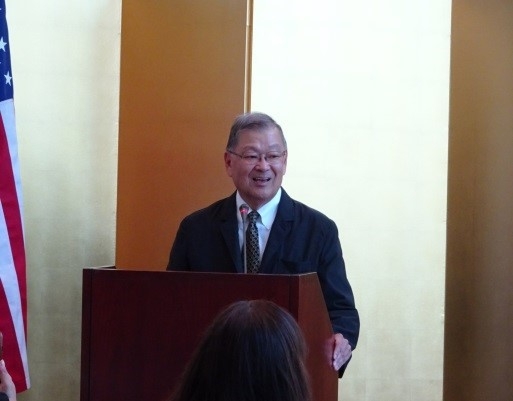 On Wednesday, September 4, 2019, a conferment ceremony for the 2019 Spring Conferment of Decorations on Foreign Nationals was held at the Official Residence where Consul-General Midori Takeuchi presented the Order of the Rising Sun, Gold and Silver Rays to Mr. Charles Shunsuke Ozaki, former City Manager of City and County of Broomfield, Colorado.