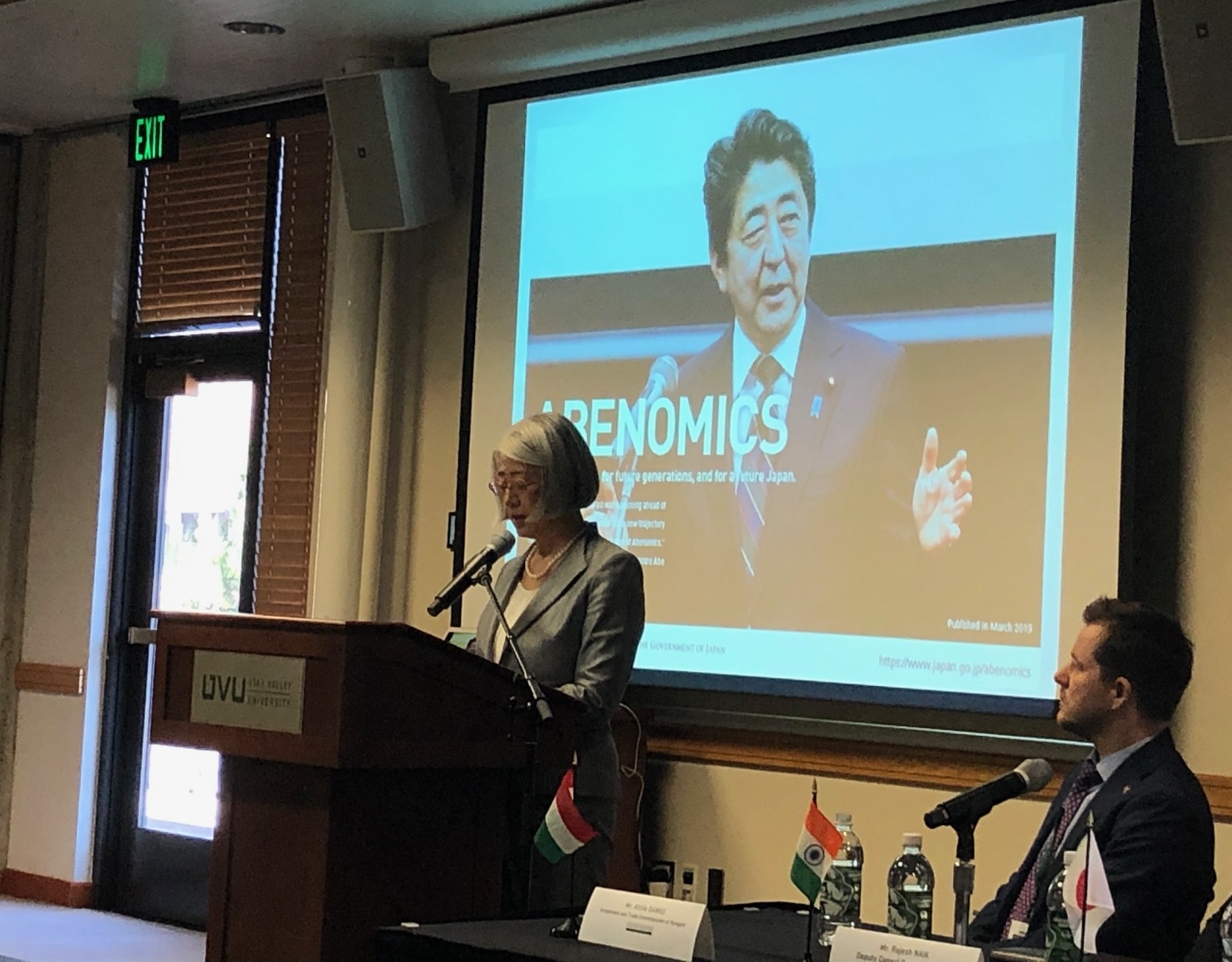 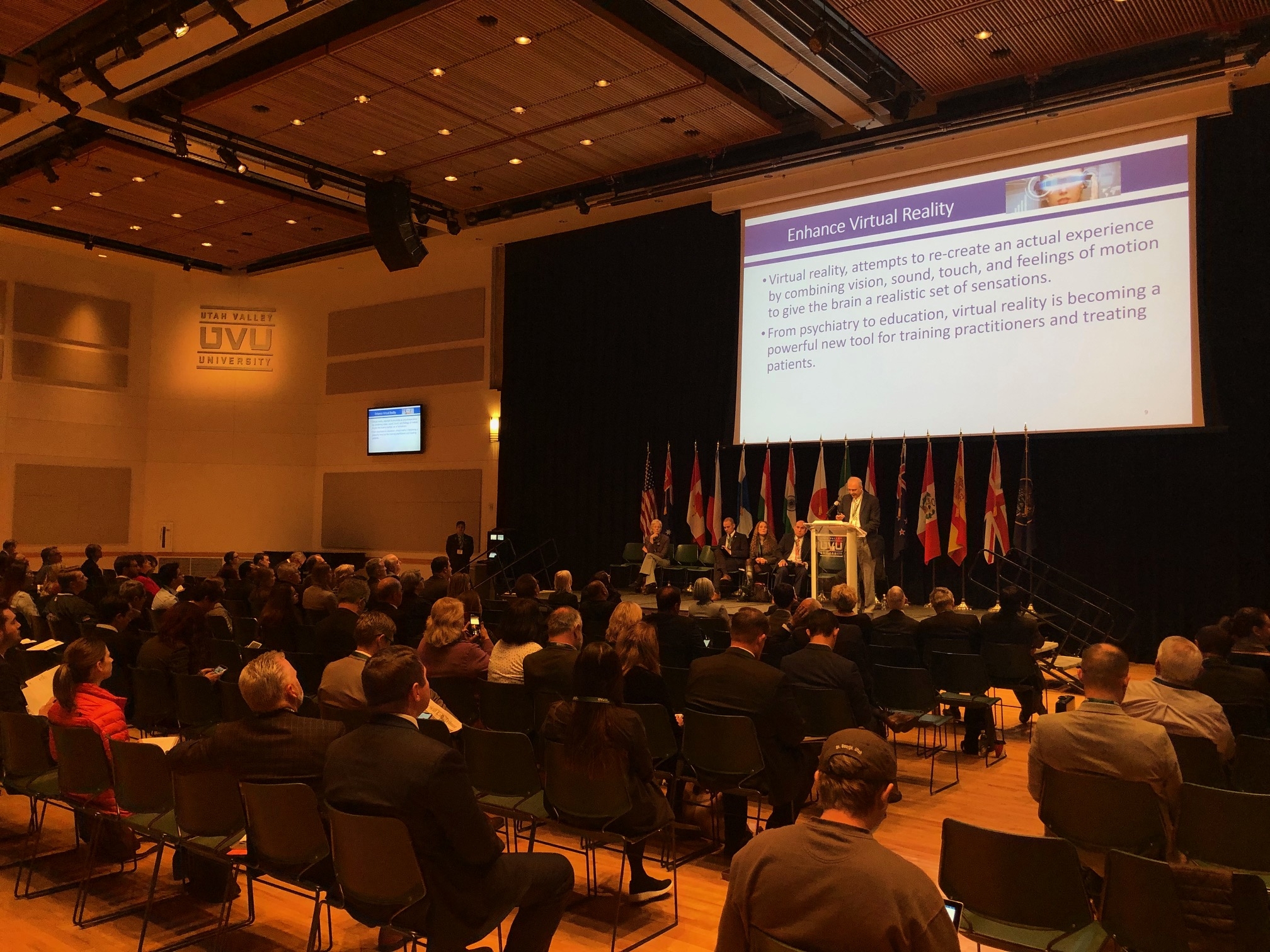 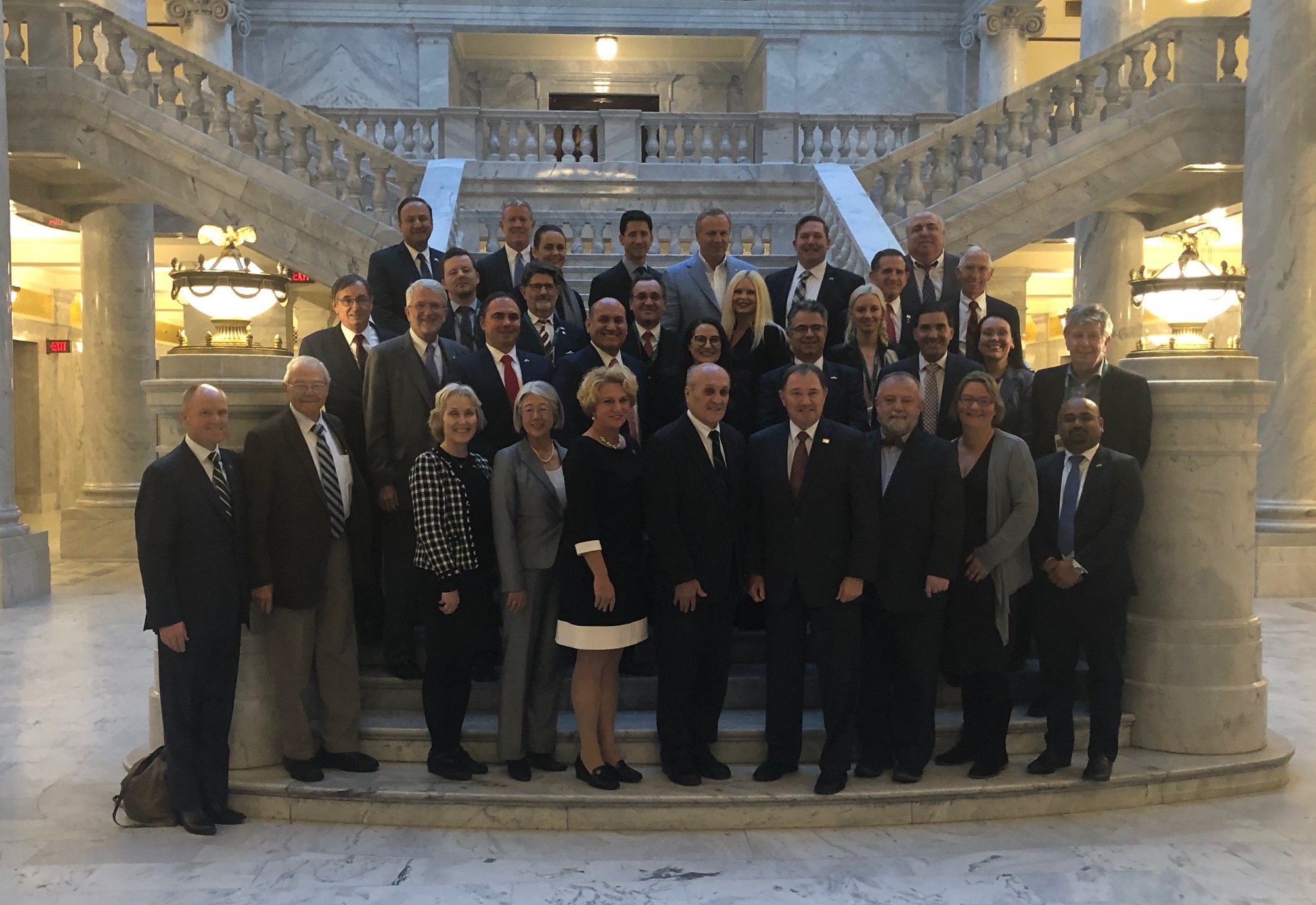 The theme of the Conference in this year is International Trade Relations. Consul-General Takeuchi talked for about 20 minutes on aspects of the Japan-US economic relations including the Japan-US Trade Agreement and the Japan-US Digital Trade Agreement, current affairs and events in Japan such as the Emperor succession and beginning of a new imperial era, the Rugby World Cup, the Enthronement Ceremony of the Emperor Naruhito, and recent economic policies including Abenomics and Women Empowerment in the panel discussion session. Following the panel discussion, attendees asked many questions, highlighting a newly heightened interest in Japan.

After the Conference, Consul-General Takeuchi paid a courtesy call on Utah Governor Gary Herbert with other Ambassador and Consul-Generals.