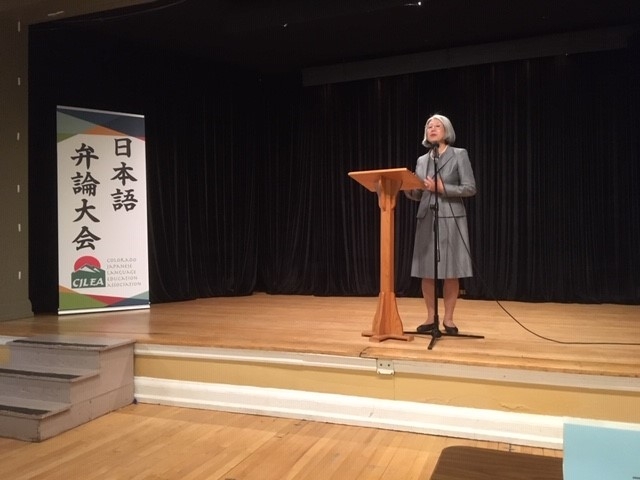 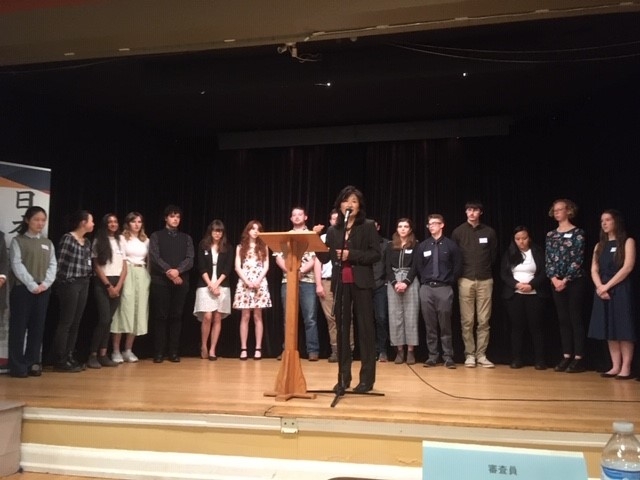 On Saturday, November 9th, the 33rd Colorado/Wyoming Japanese Speech Contest was held, co-hosted by the Consulate-General of Japan in Denver, Colorado Japanese Language Education Association (CJLEA), Japan America Society of Colorado and Japan Foundation. Many students ranging from elementary school to college from Colorado and Wyoming who are studying Japanese language competed and showcased the results of their daily studies.

The contestants gave speeches covering a wide range of topics, including the various differences between Japan and the U.S., making it a very high-level contest.

During the closing ceremony, Consul-General Midori Takeuchi gave remarks in which she praised the contestants’ speeches and encouraged them to work hard in their future studies.