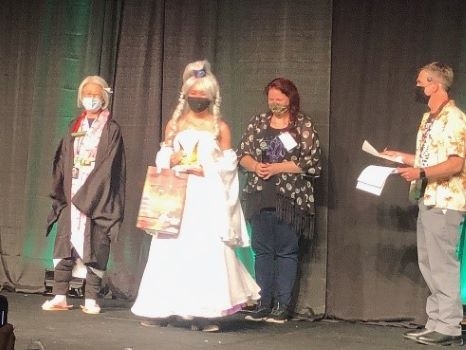 From Friday, September 3rd, to Sunday, September 5th, the Consulate-General of Japan participated in the Nan Desu Kan 2021, an Anime Convention held in Aurora, and held events to promote Japanese culture.

Around 120 people joined the workshops on how Japanese subculture influenced on the present America lectured by Dr. Alisa Freedman, Professor of Japanese Literature and Film at the University of Oregon. Around 40 Cosplay performers joined the Cosplay Competition and Consul-General Midori Takeuchi presented the Japanese Consul-General Award to one of best performers.