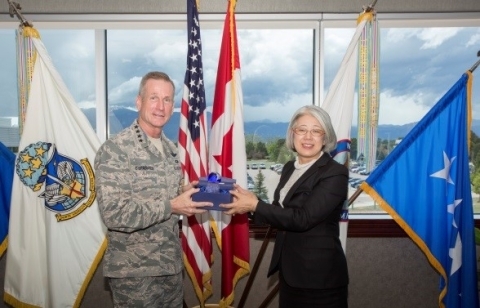 Consul-General Takeuchi further offered her deep congratulations to General O'Shaughnessy on being awarded the Grand Cordon of the Order of the Rising Sun, an imperial decoration from Japan, as announced on May 21 under the 2019 Spring Conferment of Decorations on Foreign Nationals, and exchanged views with him on Japan-US relations including defense.